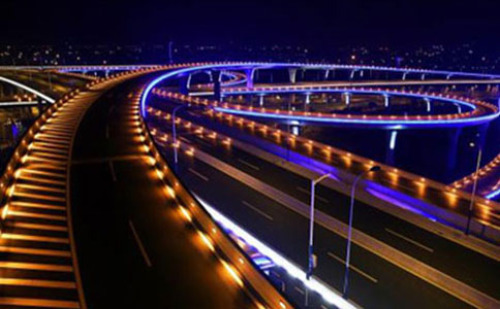 Introduction: In the first half of 2016, the cumulative output of China's light-emitting diodes continued to show an increasing trend, while the total output of incandescent lamps continued to decline in the first half of the year. It can be seen that the penetration rate of LED lighting in China is steadily increasing. At the same time, in the first half of 2016, the cumulative revenue of the lighting industry in China exceeded 2 trillion yuan, and the performance is still very eye-catching. In this context, China's super 70% of LED companies have seen double growth in revenue and profits.

From this, we can conclude that in the first half of 2016, the lighting industry in China is in a better situation, and the LED lighting that has received much attention is also prospering under the stimulation of energy saving and emission reduction and national bans. It is in full swing.

Through data comparison, we found that China's total LED output increased gradually during the first half of 2016. First, under the stimulation of large-scale expansion of China's LED companies, China's LED production capacity has exploded explosively; second, frequent overseas mergers and acquisitions have caused the industry's global landscape to shift.

2) The cumulative production of incandescent bulbs in the first half of 2016 decreased by 2.50% year-on-year

Data show that in the first half of 2016, the overall output of incandescent bulbs showed a downward trend. With the rising awareness of energy conservation and emission reduction in the world, and the enforcement of the ban in China, the overall trend of LED lamps replacing incandescent lamps will gradually accelerate.

According to the above two sets of data, the total output of LEDs and incandescent lamps shows an increase and decrease, which also means that the penetration rate of LEDs is gradually increasing. This is a big plus for Chinese LED companies. At the same time, due to the fierce competition in the low-priced lighting industry in China, the â€œRed Seaâ€ dilemma in the traditional LED lighting industry has become a dilemma. Therefore, some LED companies that cannot resist price war in the long term can switch to smart lighting, automotive lighting, plant lighting, industrial lighting, medical lighting, visible light communication, and LED apparel.

4) The industry situation is clear, 70% of super LED business growth in the first half

In the second half of 2016, more than a month has passed, and most LED companies have also announced their first-year reports in succession. From the semi-annual report of the company, revenues and net profits of companies such as Lehman, Alto, Weiwei, Huacan, etc. all rose sharply. According to preliminary statistics, over 70% of the LED industry's entire industry chain has revenue and net profit growth.

From the above four sets of data, we can conclude that in the first half of 2016, China's lighting market did not realize the â€œsustained winterâ€ as predicted previously. On the contrary, the lighting market, especially the LED lighting market, was more active and positive.

From the market point of view, lighting products are indispensable as a necessity of life. However, as emerging lighting technologies such as OLED are still plagued by technology and cost, incandescent lamps, energy-saving lamps, and LED lamps are still the three major mainstream lighting markets. However, it must be said that with the implementation of the ban, incandescent lamps will gradually be eliminated by the market. At the same time, compared with energy-saving lamps, LED has an unparalleled advantage, then the market share of LED will gradually increase, and then become the mainstream lighting market.