The most difficult technical difficulty for driverless technology to get on the road is how the car can know the complex traffic conditions in reality, so radar devices must be used. Millimeter wave radar has strong penetrating power and laser radar has high precision. How should we choose?

From the current photos of road test cars of various companies, mechanical multi-line laser radar is the mainstream solution. 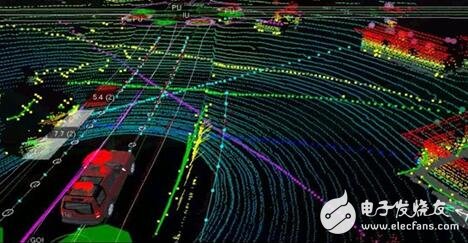 The difference between lidar and millimeter wave radar

First of all, what is the science of laser radar. In simple terms, the laser radar mainly detects the surrounding environment by emitting a laser beam. The vehicle laser radar generally adopts multiple laser emitters and receivers to establish a three-dimensional point cloud image, thereby realizing the purpose of real-time environment sensing.

The advantage of Lidar is that it has a wider detection range and higher detection accuracy. However, the shortcomings of Lidar are also obvious: poor performance in extreme weather such as rain, snow and fog; the amount of data collected is too large; very expensive.

Millimeter wave radar has been used in high-end cars since the last century, and the technology is relatively mature. The wavelength of the millimeter wave is between the centimeter wave and the light wave, so the millimeter wave has the advantages of microwave guidance and photoelectric guidance, and the guide head has the characteristics of small volume, light weight and high spatial resolution. In addition, the millimeter wave seeker has a strong ability to penetrate fog, smoke, and dust, which is a big advantage over laser radar.

The shortcomings of millimeter-wave radar are also very intuitive. The detection range is directly constrained by the band loss (high-band radar must be used to detect the far-reaching), and pedestrians cannot be sensed, and all obstacles around can not be accurately modeled.

In the Autopilot 2.0 hardware, in addition to 8 cameras and 12 new ultrasonic sensors, a forward-detecting radar caught our attention. According to research, the detection radar used on Tesla is a millimeter wave radar, not the laser mine used in other mainstream unmanned R&D.

According to the current mainstream classification, the frequency of automotive millimeter wave radar mainly includes 77 GHz and 24 GHz. The former has shorter wavelength and longer detection range, so it is mostly used for front vehicle detection; while the latter is usually used for detection around vehicles, such as blind spots. Detection. In addition, there are other millimeter-wave radars in other frequency bands, such as Japan's 60GHz and Taiwan's 79GHz. 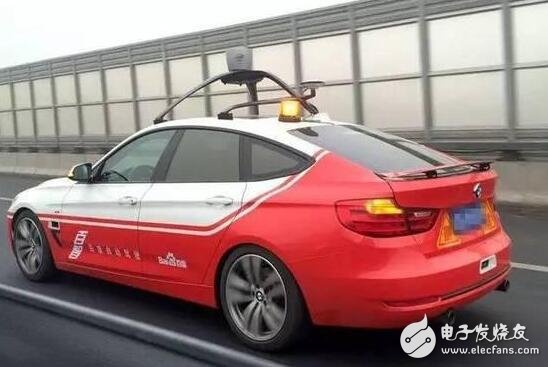 At present, in the field of unmanned driving, mainstream sensors for ambient sensing include laser radar, millimeter wave radar, and visual sensors. As the carrier of the visual sensor, the camera has become one of the core hardware of the driverless car, and the participating manufacturers and enterprises of the radar device have different preferences.

Recently, foreign media reported that the US company TetraVue completed a $10 million fundraising plan. Hon Hai is one of the major investors. TetraVue's 3D laser radar technology focuses on the field of self-driving cars.

TetraVue mainly develops 3D Flash LIDAR sensing technology application, combined with solid-state sensor, which is applied in the field of self-driving, which can provide 3D image display with high resolution quality in real driving environment, and improve automatic driving. Operational experience, it is possible to replace existing mechanical sensors in the future.

Compared with the traditional 360-degree mechanical rotating laser radar, the solid-state laser radar uses a scheme based on electronic components for reading and writing data, and removes mechanical rotating parts. As a result, the cost can be significantly reduced to around $200, and the reduced size can be integrated into the look of a traditional car with guaranteed performance.

So what is the hybrid solid-state radar? Although the rotation mechanism of the conventional lidar is not visible from the appearance, in order to 360 full-view, there are actually some mechanical rotating parts inside. It's just that this set of mechanical rotating parts is very compact and hidden inside the fuselage. Therefore, in order to distinguish it from solid-state laser radar, it is named hybrid solid-state laser radar.

Velodyne claims to have the hope of reducing the price of tens of thousands of dollars in laser radar to less than $50.

However, solid-state lidars still cannot solve the drawbacks of being unable to perform in extreme climates. Therefore, combining the millimeter-wave radar working around the clock will inevitably greatly improve the detection performance of the driverless car. By the way, it can get rid of the traditional laser radar, such as the whole family barrel, standing on the roof and affecting the appearance.

It can be seen that the traditional laser radar products are difficult to get rid of the high cost constraints in the short term, so that the solid-state laser radar and the millimeter-wave radar with more obvious price advantages can not only complement each other in performance, but also greatly reduce the use cost. In 2016, Velodyne President Mike Jellen said that Velodyne's lidar can be sold for $500 in mass production (orders over one million). Soon after, the company said that it has successfully designed a new solid-state technology laser radar that can be applied to self-driving cars. While providing high-quality and reliable 3D imaging, it can reduce the unit price to less than $50 when it is put into production on a large scale. This may provide more options for driverless development.

Mini Circuit breakers, also named as the air switch which have a short for arc extinguishing device. It is a switch role, and also is a automatic protection of low-voltage electrical distribution. Its role is equivalent to the combination of switch. Fuse. Thermal Relay and other electrical components. It mainly used for short circuit and overload protection. Generally, According to the poles, mini Circuit breaker can be divided into 1P , 1P+N , 2P, 3P and 4P.