Larry Przywara, Senior Director of Multimedia Marketing at Tensilica, said: "Current shipments have reached 300 million, just the tip of the iceberg. We expect annual shipments of HiFi DSP IP cores to reach 1 billion by 2014. A wide range of audio formats, technical support and The huge cost of equipment maintenance has prompted more companies to decide to use Tensilica's standard audio / voice DSP. In addition, all of Tensilica's IP cores are configurable, so customers can add the necessary functions for the IP core according to their own needs. To achieve product differentiation. "

Tensilica realizes that the demand for audio software support is exploding, especially the industry giants, such as Dolby and DTS, have introduced very complex audio algorithms, and transplanting these algorithms and passing certification requires huge costs (Tensilica has transplanted 7 kinds Dolby and 10 DTS algorithm libraries to HiFi audio / voice DSP). This is why many companies have stopped porting software on their proprietary audio DSPs. If the customer has inherited software that needs to be run, it is easy to implement on Tensilica's DSP, because all the transplantation work can be done with C code, and there is no need to write assembly code. In addition to a strong development team, Tensilica has formed a team focused on maintaining existing software to maintain the quality of its audio software packages, thus responding to the increasing number of problem streams from the Internet.

TensilicaHiFi Audio / Voice DSP is the leading audio DSP IP core, which has been authorized for use by more than 45 customers. HiFi Audio DSP supports more than 100 audio and speech encoding and decoding algorithms and audio enhancement algorithms, and has the advantages of high performance and low power consumption. HiFi audio DSP is an important part of Tensilica's data processor (DPU) product line. It is suitable for challenging and computationally intensive SOC designs. It can provide turnkey solutions or be configured for product differentiation.

The advantages of Bluetooth Mesh are fast connect, low power consumption, no password required and Ad-Hoc Network. No need WIFI and hubs, as long as you have a Bluetooth-enabled smart phone, you can experience the smart light. When you install several smart strip lights, the self-organizing network function can make the signals free connect, break the limitation of distance.

Strip light with both RGB colorful light and warm light, the length of the strip light is 2 meters, 60pcs LED lamp beads inside are high-quality and energy-saving , the light source is stable without strobe. The installation is very simple, just need to peel off the 3M glue on the back, you can paste and decorate any place. 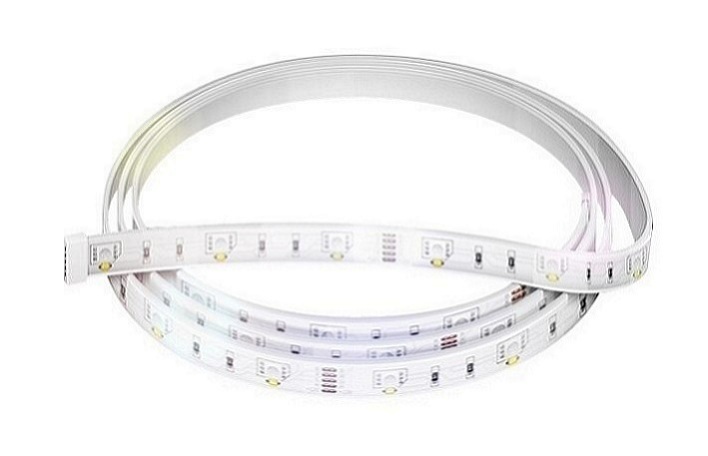 With App control, the light color, brightness, scene mode of strip light can be free changed, with the timing function, users can make the light turn on and turn off the strip light freely. The App are developed on the most advanced Bluetooth Mesh technology. [LinkupHome" App can be downloaded in the App store or Google Player, then you can control our product without any complicatedd steps. The App is stable, easy control and multifunctional.