Moore's Law was proposed by Gordon Moore, one of Intel's founders, in 1965. There was no concept of the Internet at the time, only the "big stupid" computer existed. He put forward the general content of this theory: when the price is constant, the number of components that can be accommodated on the integrated circuit will double every 18-24 months, and the performance will double. That is to say, if the price of electronic products is reduced by half every two years under the same performance, or the performance of computers that can be bought in the same currency, it will more than double every two years. The essence of this law reveals on the one hand tells us about the price and performance of electronic products, and on the other hand tells us that the speed of technological advancement in the information technology era will evolve at a speed that exceeds our imagination. However, according to the update of the international semiconductor technology development roadmap in 2010, the speed of traditional PC-based semiconductor technology innovation has slowed down by the end of 2013. At present, the transistor density is expected to double every three years. This means that the speed of technological innovation will slow down, whether it is based on PC or mobile phones. 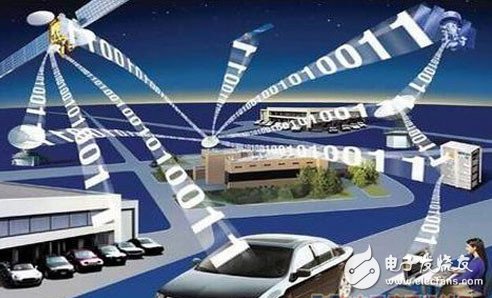 The above two sets of data tell us that one of the most intuitive situations is the traditional Internet carrier PC, and the current mobile Internet carrier smartphones in the â€œwindowâ€, both of which have shown a downward trend in market demand. The reason is that on the one hand, the market has reached saturation, and on the other hand, the product technology update is not obvious, and the demand for user replacement has declined. However, this also conveys a more important message to us that human beings are not satisfied with current technology products such as PCs or smart phones, and look forward to the arrival of more disruptive technology products, a new kind of 0 The technology products to 1 appeared.

From PC to smartphone is 1 to N

From PC to smartphones, the development of the entire industry technology path is very clear, based on Moore's Law. That is to say, the performance of parts is getting stronger and stronger, the volume is getting smaller and smaller, and the price is getting cheaper. As the above data shows, the global PC industry is currently in a downward phase. Except for Apple, companies including Lenovo have seen a significant decline in PC shipments. One factor that cannot be ignored is that, driven by Moore's Law, current smartphones have become more and more like PCs and have replaced most PC functions. But whether it is the traditional Internet era based on PC or the mobile Internet era based on smart phones, the two are essentially indistinguishable. The hardware based on the front-end carries the computing and data processing capabilities. The only difference is that Root line. The PC Internet era is subject to the tangible network cable, which will inevitably lead to users not being able to hold the desktop screen all day long. The body size is not light enough, and it is unlikely that the root cable will be carried. Even today, when it comes to "Ultrabook", users are unlikely to hold their laptops all day and anywhere, or to process information.

Obviously, smartphones are evolving in the path of continuing the mini-PC thinking. Whether it is a PC or a smart phone, its core concept is the product of the "network cable" era. The difference is that in the PC era, due to the limitation of communication technology, the transmission exists in a tangible wired form. With the development of communication technology, in the era of smart phones, this tangible network cable is replaced by wireless communication technology, and users do not need to hold a mobile phone. Drag the tail of the tangible cable behind it. In essence, from PC to smartphone, the evolution of product technology is only 1 to N. Therefore, it can be said that the greatest contribution of the mobile Internet era is to make this network cable invisible. Coupled with the increasing miniaturization of components, the emergence of smart phones, and relying on smart phones to derive a variety of applications. In the PC Internet era, user stickiness is calculated on an hourly basis, but in the mobile Internet era, user stickiness is shortened to minutes, and it is anywhere, anytime, whether it is by subway or toilet. This further reduction in user stickiness will inevitably extend more business opportunities to the development office.

The Internet of Things is a leap from 0 to 1.

The reason why the PC Internet era and the mobile Internet era are defined from 1 to N, one of the key elements is that the carrier, that is, the PC and the smartphone have not changed in essence, the computing center is only based on the hardware front end, but the device is miniaturized. The performance is powerful. But the Internet of Things era is different. The Internet of Things era has a revolutionary change compared with the PC Internet or the mobile Internet era, that is, the computing power is transferred from the front end to the back end. The front-end hardware no longer carries the operation and processing of data, but only undertakes the work of collecting, presenting, and interacting. All operations are transferred to the back-end cloud computing platform. This is a leap from 0 to 1. In the era of the Internet of Things, everything is data, whether it is the environment, the family, the city, the community, the car, the home appliance, or the human being, everything will be put on the sensor, and everything will be digitized. These smart wearable devices do not need to have the data processing capability themselves, they only bear the role of data collection and playing the control center. According to the latest report from McKinsey Global InsTItute, the global Internet of Things (IoT) market is expected to reach $11 trillion by 2025. This is not only a problem of a large industry, but also corresponds to a "super data era."

After the data has been digitized, according to McKinsey's prediction, the data of human society will increase geometrically every year for a long time in the future. This means that we can't cope with and process these data with our own physical capabilities. Therefore, we can only rely on the back-end cloud computing and artificial intelligence to assist us. And we only need to tell the terminal carrier of the Internet of Things era, that is, the smart wearable device about our purpose, or our needs, the back-end cloud computing platform with the help of artificial intelligence data processing, will give us the corresponding results. In this process, whether it is interactive or presentation, it is no longer dependent on our current interface operations. Because in the era of the Internet of Things, we can't cope with and deal with a huge amount of information, and can no longer rely on the current software or APP interface operation, APP is just a transition carrier from the mobile Internet to the Internet of Things.

The Internet of Things carrier is smart to wear

Five key factors in smart wear and getting lost

However, with the surge of the Internet of Things and the influx of media, capital, and talent, the smart wear industry will soon make a breakthrough. As long as we correctly understand that the smart wearable industry is the key carrier of the Internet of Things era, it is responsible for the data-based work of all things, that is, the data collection, monitoring, presentation, interaction and control of â€œeverythingâ€. It does not need to undertake the computational work itself, and the data processing is transferred to and managed by the back-end cloud service platform by means of wireless communication technology. From this perspective, for the current IoT or smart wear industry practitioners, we can largely rationalize the development path of the industry and the construction of the industry, and truly open the door to the Internet of Things era.